Locally in South Africa I have noticed more and more service stations having a multitude of fast food outlets on their forecourts, even those in urban areas and not just those on the freeways. Maybe this is in anticipation that before too long motorists might be spending a bit longer at the service station while they charge their electric vehicles.
Posted by The Swirl Guy at 7:05 PM No comments:

This will be especially relevant for the inevitable imminent increase in the number of electric vehicles on the roads. One of the common criticisms of electric vehicles by South Africans is that our power grid has been notoriously unreliable over the past decade. Obviously for electric cars to be viable a reliable source of electricity is vital. With Eskom now looking at power storage systems it looks like we are on the way to having a more stable grid.

Posted by The Swirl Guy at 7:25 PM No comments:

On-The-Air (14/07/2017)
A very pro-mining interview with Martin Creamer, publishing editor of Engineering News and Mining Weekly clean energy vehicles. In particular he is championing hydrogen fuel cell vehicles because they, like catalytic converters for internal combustion engines, require platinum which South Africa is by far the biggest producer of.

As I've said many times before hydrogen fuel cell vehicles make very little sense. Unlike battery electric vehicles that can be charged anywhere there is a electric plug socket, fuel cell vehicles need to be filled at a pump, at the moment there are very few of these, and most of them are concentrated in either California or Japan. Creamer claims in the interview that fuel cell cars can get a range of 500km, the latest fully electric Tesla Model S already has a 500km+ range so why is there the need for the added complexity of a fuel cell when a simple battery electric powertrain is capable of the same range.

Battery technology is also improving at an exponential rate and at the same time prices of battery cells are dropping. Where around $35,000 would only get you an electric car with roughly 100 mile range a year ago, it will now get you one with over 200 mile range in the case of the Chevy Bolt and the new Tesla Model 3. Before the end of the year the new Nissan Leaf should also be offering a similar range at a similar price to these two. At this rate it won't be too long before the average affordable electric car has a plus 300 mile (500km) range.

In the end the consumer will decide and no doubt they will decide they would rather have the simplicity and low running costs of an electric vehicle.
Posted by The Swirl Guy at 10:37 PM No comments:

Plans in California and China will change SA’s car choices

China accounts for about 40% of the world's new car market and California sells roughly half the total number of light vehicle sold in the entire US. Representatives from California recently met with their Chinese counterparts to discuss how they can cooperate in accelerating the deployment of zero-emission cars, trucks and buses.

With these two markets being so large and important to the world's car manufacturers it goes without saying that manufacturers will build suitable vehicles that comply with the regulatory demands of these regions. In other words California and China are going to force the auto industry to go electric and the rest of the world will be obliged to follow suit.

The South African car manufacturing industry and government should be paying close attention to this and take it upon themselves to roll-out adequate charging infrastructure before the inevitable mass arrival on our roads of electric vehicles. Obviously it's not going to happen overnight but at least they can start putting charging points along major routes and incentivising places such as shopping mall's restaurants and hotels to put in destination chargers so electric vehicle owners can charge up their cars while visiting such establishments.
Posted by The Swirl Guy at 7:39 PM No comments: 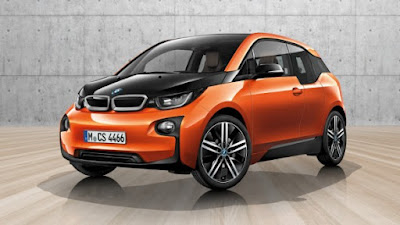