What current electric cars should come to South Africa?

As I've mentioned many times before on this blog there are at present on two fully electric cars on sale in South Africa. The Nissan Leaf and BMW i3. Other car manufacturers with a significant presence in the country also produce electric vehicles but choose not to sell them in SA. I thought I'd make a list of electric vehicles that could be available in the country if the local distributors and manufacturers chose to import them or assemble them here. 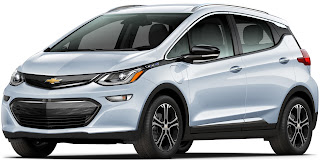