Recently I was a bit skeptical about the whole Boring Company tunnel concept. With more thought though it is beginning to make sense.

Transporting regular passenger cars through tunnels is not the end game result for The Boring Company. Musk is envisaging ride sharing autonomous vehicles that have the advantages of a taxi in that they can pick up passengers at their door but at the same time also have the advantages of an underground train, the ability to travel at high speed underground from one point in the city to another. 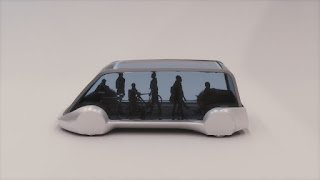 This is a vision of how autonomous vehicles will actually end up operating and serving us. They'll be no need for it to be your car and you to be the driver as it won't need a driver. Whenever you need to go somewhere you'll just hail a ride. Just like Uber are doing already. With an autonomous minibus though where there is no driver to demand a salary and it can hold more passengers, the economies of scale should reduce the cost of a ride. 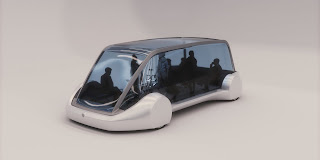 Maybe Tesla will become like Apple. In the 80's and 90's Apple were famous for their desktop computers and laptops. In the 2000's they were synonymous with first the iPod and then the iPhone and iPad. At the moment Tesla is known as the leading maker of electric cars. In ten years they'll be known for their autonomous mass transit network and Tesla cars will just be a legacy product

Recent history has taught us that tech companies that don't adapt quickly fall by the wayside. Automakers should really be paying attention to Elon Musk lest they become the next Kodak or Nokia.
Posted by The Swirl Guy at 10:14 PM