VW to launch ride hailing in Rwanda as part of Africa expansion
A Reuters article from December I sort of missed, well I remember seeing it but for some reason I didn't pay much attention. Volkswagen are planning a ride hailing service similar to Uber in Rwanda using electric vehicles. 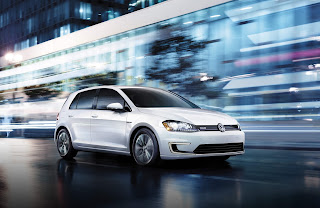 Volkswagen, which is developing electric vehicles and new services as it tries to put its diesel emissions scandal behind it, said on Thursday it had signed a memorandum of understanding in Kigali, the Rwandan capital. Volkswagen expanded into ride-hailing in May, when it invested $300 million in Gett, a firm which seeks to outmanoeuvre Uber by refusing to apply "surge" pricing at peak traffic times. The German company also said it would look at using electric versions of the VW Golf in the Rwandan mobility services business.

Volkswagen are planning to also set up a production facility in Rwanda, there is no mention of electric car production for non-ride hailing purposes. It would stand to reason though if they're going to be making electric cars there then they'll make them available to everyone.


Volkswagen said it had also agreed to set up a vehicle production facility in Rwanda, deepening its local manufacturing operation in Africa where it expects vehicle sales to grow by 40 percent within the next five years. Volkswagen has been producing cars in Africa since 1951, when it started making the VW Beetle in South Africa.

Not only are VW going to be producing vehicles in Rwanda, they've also opened an assembly plant in Kenya.


VW this week said it would start making the Polo Vivo in Thika, re-opening a car assembly plant in Kenya after a four-decade hiatus. The German carmaker assembled cars in Kenya in the 1960s and 1970s. The VW assembly plant will begin with the Vivo model and expand to a range of vehicles, with the first car expected to be produced before the end of the year, officials said.

No mention of electric vehicle production here either but as it says in the first quoted paragraph, VW are investing large amounts in electric vehicles and charging infrastructure, largely brought about as penance for the Dieselgate scandal. Hopefully this enthusiasm for battery power will overflow from the US and European markets into the African continent.
Posted by The Swirl Guy at 7:19 PM